You are here: Home / Travel / Where Does Lost Airline Luggage Go? I’ll Tell You… 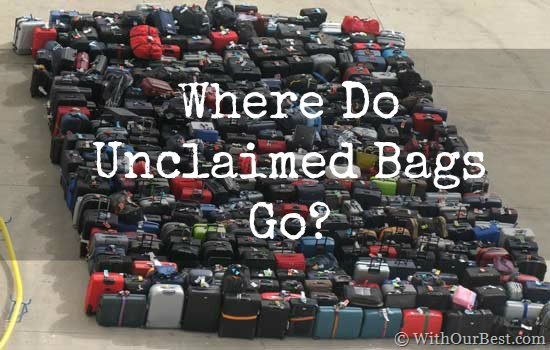 As a flight attendant, people sometimes tell me about how the “airline lost my luggage” and their lost airline luggage was never to be found AGAIN!

While it is not too frequent, apparently 1% of all baggage goes unclaimed after 90 days, it does happen. And have you ever wondered what happens to lost airline luggage?

I never knew until I started to search online for “Where lost luggage goes”.

I shockingly found out Scottsboro, Alabama.

When I heard about this random store where all lost luggage goes, I just had to tell you guys. First, because it is basically amazing to me that there is a store for lost airline luggage and secondly, because as you know, I am a HUGE FAN of bargain hunting, remember my thrift store and Goodwill Outlet shopping posts?! 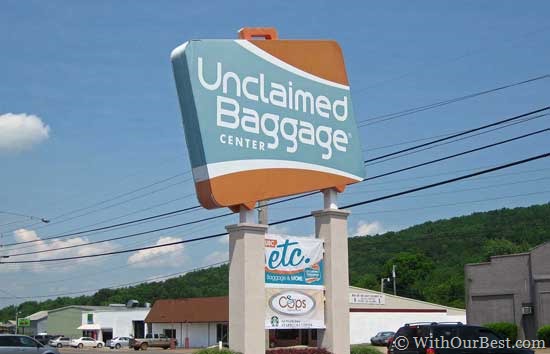 When I think about the stuff I pack, my nicest and most favorite clothing and shoes, electronics, etc… I cannot image a store full of all this stuff! Although, I am sure there are a ton of cheesy souvenirs and socks that nobody wants on display too.

Apparently there is also a separate store for never claimed airline cargo. I am getting excited now – that stuff has got to be good! People were shipping their stuff somewhere, and never saw it again! Come to think of it, I did airline cargo for when I moved across the country, and I swear I am missing a ton of kitchen stuff. It probably ended up at the Unclaimed Baggage Center!

I was just about to book a road trip to visit Alabama, when I thought I should maybe read some reviews of the Unclaimed Baggage Store first.

My research of this second hand airline luggage store found very mixed reviews. I don’t know though, I am just in awe of this place until I see it for myself. A huge store of lost luggage! I mean, isn’t it intriguing that someone loses their airline luggage, and now it is on display for others to buy?

I decided, if I am ever curious enough to take a trip to Alabama, this massive re-claimed lost luggage store is on my must-see list. Have you ever been?

Tip from the Flight Attendant (me!): Make sure every one of your bags have full updated information on them! Not only on the bag tags on the outside, but also on the inside too! And write clearly. Your name, phone number and email address! Sew a little tag in it if you have to… those little free paper baggage tags that the airlines give you rip off so easily!