You are here: Home / In the Kitchen / Crushed Red Restaurant Tour and Tasting

Disclosure: I was invited to a media dinner at Crushed Red. All opinions are my own. 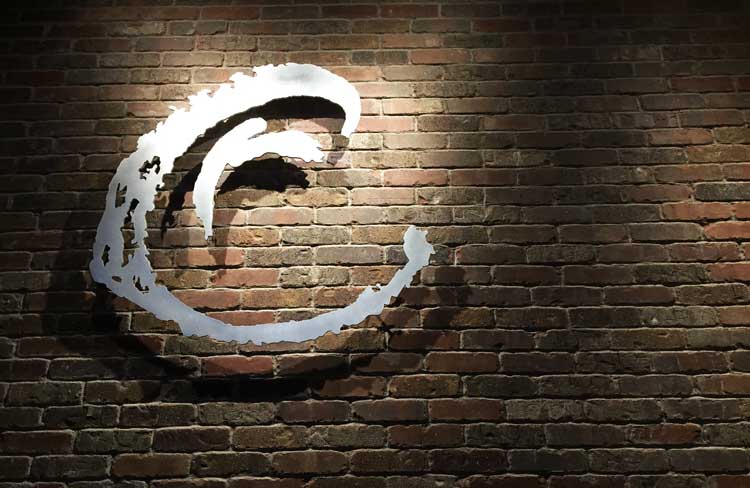 Sometimes as a blogger, you get invited to store grand openings, restaurant tastings and other events and premiers. Lucky me, right? Especially the food tastings… I love food!

This week, I went to Crushed Red Urban Bake and Chop House in Westminster, Colorado.

Unknown to me, this new up-and-coming restaurant has been in the Orchard Parkway Mall since August 2015! It has been open for almost 4 months and only about 15 minutes away from my house – I had no idea! Gosh, I need to get out more! 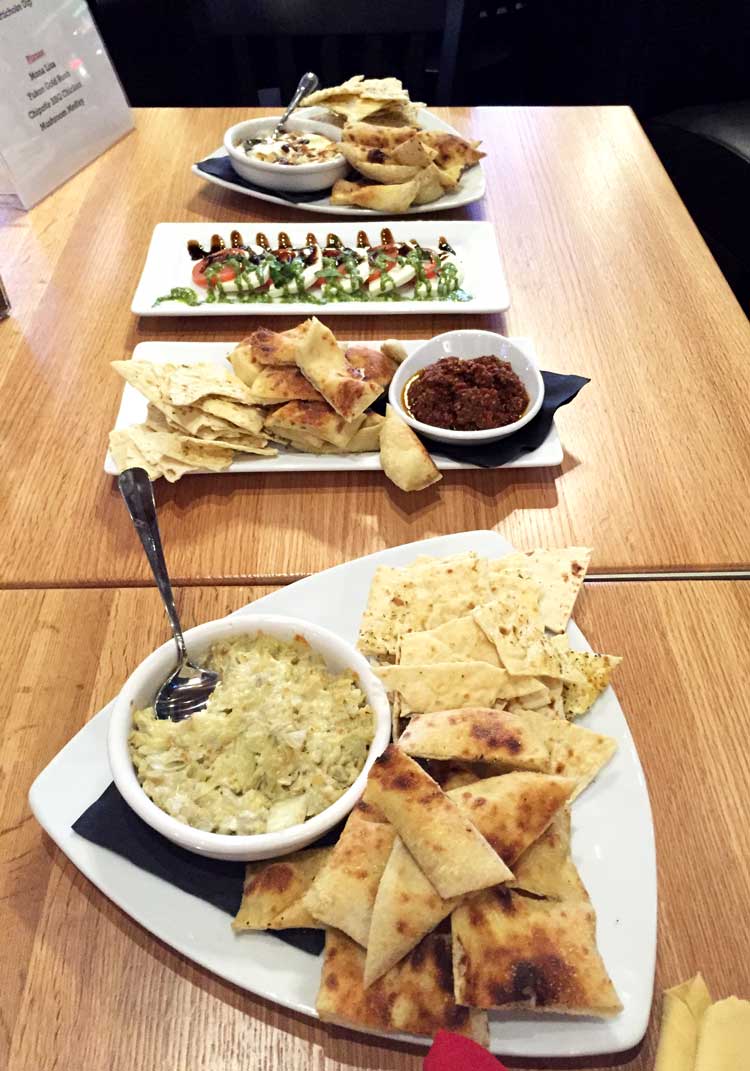 The Crushed Red media event started with some appetizers: Warm Herbed Goat Cheese, Fresh Mozzarella, Urban Zest and Artichoke Dip. The appetizers were fantastic (and I was able to try them because they brought me some gluten free crust for dipping purposes)!

Next we took a tour of the restaurant by the owner. After learning all about the ins and outs of Crushed Red, we met the co-founder who told us more about how the company began and where its future is. It was obvious he took pride in Crushed Red. After PATIENTLY LISTENING and ALL THAT LEARNING finally it was time for some food! 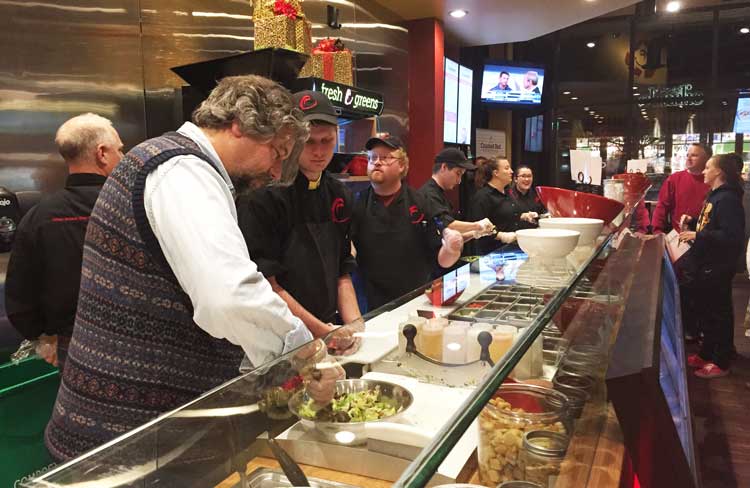 And guess what? We were surprised to find out we would be making it ourselves with a hands-on salad chop experience! I was excited because it had been awhile since I was on the other side of the restaurant counter! (I worked in restaurants for 5 years in college – but that was 10 years ago)!

Good thing I wasn’t being timed on making my salad. (They make them in just about 1 minute!) I don’t think I would be hired – too slow! 🙂 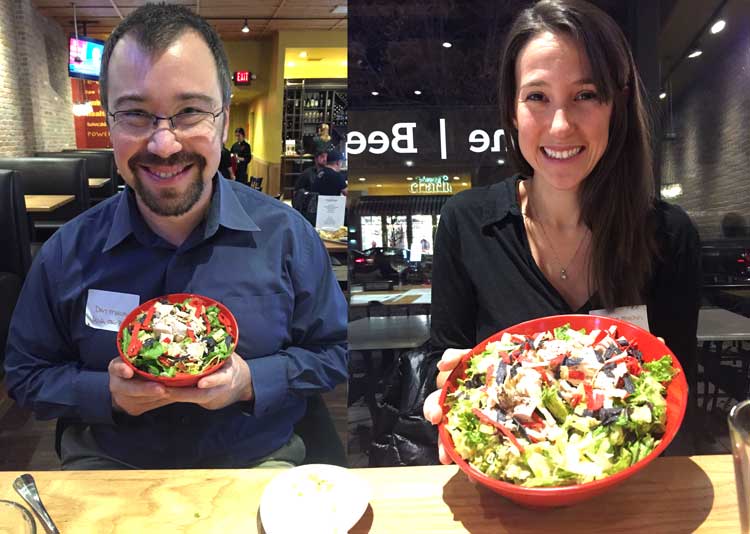 My husband (Left) Me (Right) comparing our salad sizes. Mine is the large and his is the mini. I had to go all out – I was making it myself, right? Then there was some pizza that was served, which I couldn’t partake in (gluten) but my husband said it was delicious… and from the looks of it – I believe him! 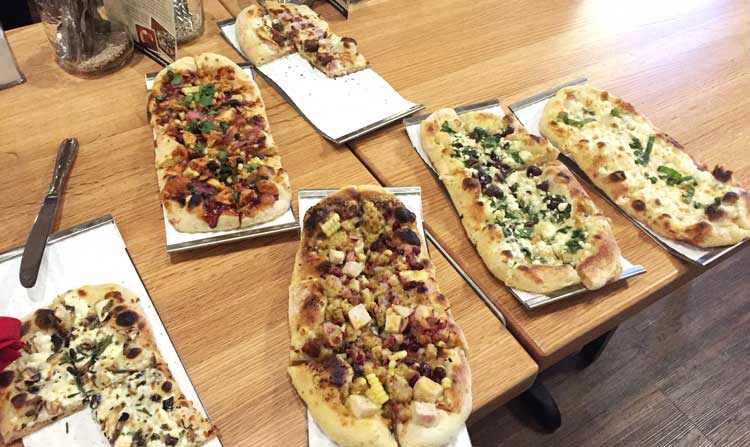 Overall, it was a nice evening at Crushed Red! It’s a great new spot to eat! Be on the lookout for Crushed Red Restaurants coming near you too!

Started in St. Louis, Missouri, Crushed Red is currently expanding to Colorado and beyond! It is an exciting time for this new chain because lots of new restaurants are opening in 2016 (mostly in the midwest and south). This restaurant is fast-casual, so your food comes out quickly, but the dining experience is more upscale than fast food restaurants. They specialize in healthy chopped salads and hand stretched gourmet pizzas.